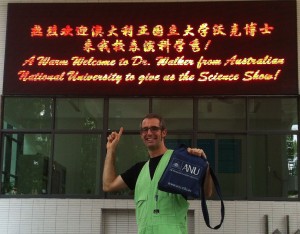 Science is part of every culture! Dr Graham regularly travels to share his unique brand of science fun. Whether it’s shows for science centres, schools or science festivals, staff training (including PhD insights), teacher workshops, custom show development – or all of the above! – please get in contact to discuss your needs.

Graham is experienced working with 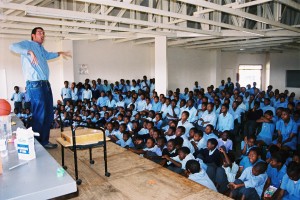 translators and adapting his programs to different cultures and locations.

Many science centres, museums and universities have benefited from combined programs featuring shows and staff training, including:

Graham is passionate about the role of science and science education in development and firmly believes it can be a tool to lift individuals and whole families out of poverty – he’s seen it happen! He has managed and implemented numerous science education/development projects in Africa, Asia and the Middle East both independently and in his role at the Australian National University, most notably Science Circus Africa which reached over 55,000 people in five countries over two phases of the project. Science Circus Africa also trained 162 local staff which resulted in the creation of new science education programs and displays in three countries where none previously existed. Graham gets great joy and satisfaction building local capacity to show the fun and wonder of science. He is currently working on the next phase of Science Circus Africa, a pilot project in the Pacific, and programs for refugees in Jordan. 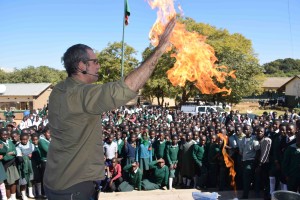 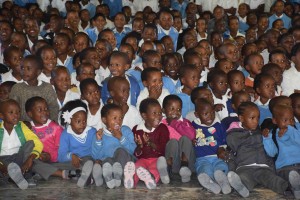